Lapis Lazuli – Story of the Stone

Posted at 02:15h in Story of the stones, Uncategorized by Shankla23 0 Comentarios
0 Likes
Share 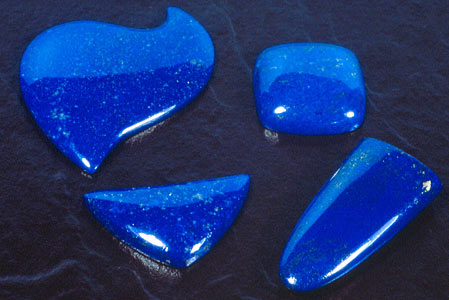 Lapis lazuli is a gemstone of the kind that might have come straight out of the Arabian Nights: a deep blue with golden inclusions of pyrites which shimmer like little stars.

The euphonious name is composed from ‘lapis’, the Latin word for stone, and ‘azula’, which comes from the Arabic and means blue. All right, so it’s a blue gemstone – but what an incredible blue! The worth of this stone to the world of art is immeasurable, for the ultramarine of the Old Masters is nothing other than genuine lapis lazuli. Ground up into a powder and stirred up together with binding-agents, the marble-like gemstone can be used to manufacture radiant blue watercolours, tempera or oil-paints. Before the year 1834, when it became possible to produce this colour synthetically, the only ultramarine available was that valuable substance made from genuine lapis lazuli that shines out at us from many works of art today. Many pictures of the Madonna, for example, were created using this paint. But in those days, ultramarine blue was not only precious and so intense that its radiance outshone all other colours; it was also very expensive. But unlike all other blue pigments, which tend to pale in the light, it has lost none of its radiance to this very day. Nowadays, the blue pigment obtained from lapis lazuli is mainly used in restoration work and by collectors of historical paints. 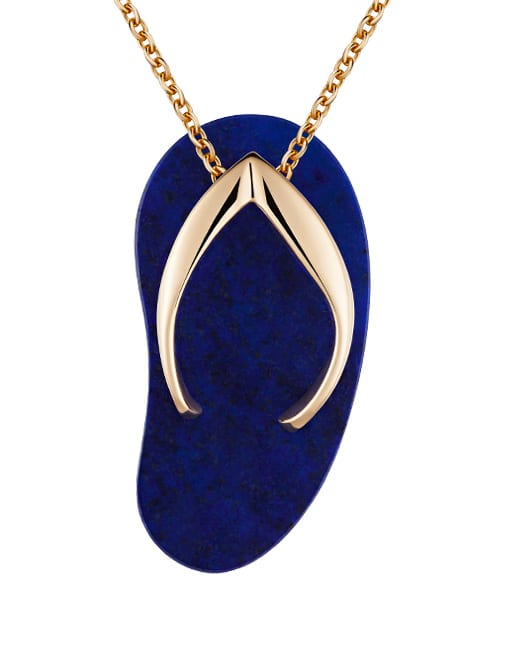 As they did more than 5000 years ago, the best raw stones still come from the steep Hindu Kush in the north-east of Afghanistan. The lumps of blue rock, extracted from the inhospitable mountains by blasting, are brought down into the valley in the summer months by mules. Nature also created deposits in Russia, to the west of Lake Baikal, and in the Chilean Andes, where the blue rock often has white or grey lime running through it

Lapis lazuli is a versatile and popular gemstone which has shown extraordinary stability in the turbulent tides of fashion. No wonder, since it has fascinated both men and women for thousands of years with its fabulous colour and those golden points of light formed by pyrites.