Nick Yeoman, the jeweller-goldsmith who gives shape to jewels 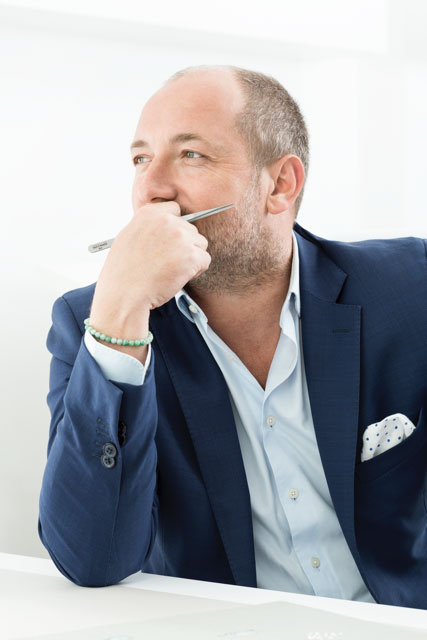 18 Mar Nick Yeoman, the jeweller-goldsmith who gives shape to jewels

Posted at 16:03h in Uncategorized by Elena 0 Comments
0 Likes
Share

Nick Yeoman’s unique pieces and collections travel to the four corners of the world. He works with his clients on creations and designs.

He created the Shankla® jewel in 2013 as part of his quest to seek out new sources of inspiration and to play with raw materials of the highest quality.

Nick Yeoman is passionate about his work and is in love with jewellery in the broadest sense of the word. As he talks he exudes passion about his work and it can be felt that above all he is a goldsmith and creator. His essence as a jeweller goes hand-in-hand with his soul of an artisan goldsmith, who works with dedication and perseverance in his workshop, with over 25 years of experience in the world of fine jewellery.

He loves working alongside his clients to create exclusive pieces through joint work. Any clients who know him well are aware that with Nick it is possible to invent and create a unique piece to show off, based on each person’s characteristics, tastes and moments. Nick gives shape to jewels, which transmit the personality and style of their wearers in an exercise of creativity and precision.

Nick Yeoman puts most of his success down to loyalty and trust placed in him by his clients:

“The best endorsement of PAVÉS is the loyalty shown to us by our local and international customers” states Nick Yeoman. He is convinced that the trump cards of Pavés’ success are:

Pavés jewellers in Puerto Banús oozes elegance, good taste, charm, creativity and design. A strategically selected place; a privileged location in the epitome of the Costa del Sol, Marbella. He made the decision to open it after years of experience working in the world of high class jewellery design and production in different Costa del Sol jewellers, to give free rein to his own personality and jewellery brand.

PAVÉS opened its doors in 2002 and before long it became a renowned name in fine jewellery. Following several extensions of its facilities, PAVÉS currently employs a large and highly qualified team of designers, goldsmiths, gem setters and lapidaries, all coordinated and managed by Nick.

From there, Nick Yeoman’s unique pieces and collections travel to the four corners of the world.

Shankla® was created in 2013 based on his passion for design, as part of his desire to seek out new sources of inspiration and to play with raw materials of the highest quality.

In the words of Nick Yeoman, “It was the right time to take a common item, extract it from its context and turn it into a jewel”.

The result is an accessible jewel with meaning, which has not lost the essence of something new, good-natured, joyful and fresh. A collection of 27 pieces of jewellery, made up of 9 semi-precious stones combined with 3 types of gold, whose furcula base creates a necklace in the shape of a sandal. This is where its name comes from, with a geographical nod to where everything started.