Why a sandal? Because it brings luck & vital energy…
5771
post-template-default,single,single-post,postid-5771,single-format-standard,theme-bridge,bridge-core-2.7.7,woocommerce-no-js,qode-page-transition-enabled,ajax_fade,page_not_loaded,,vertical_menu_enabled,side_area_uncovered_from_content,columns-4,qode-child-theme-ver-1.0.0,qode-theme-ver-26.2,qode-theme-bridge,disabled_footer_top,wpb-js-composer js-comp-ver-6.6.0,vc_responsive

Why a sandal? Because it brings luck & vital energy…

Home > Uncategorized  > Why a sandal? Because it brings luck & vital energy… 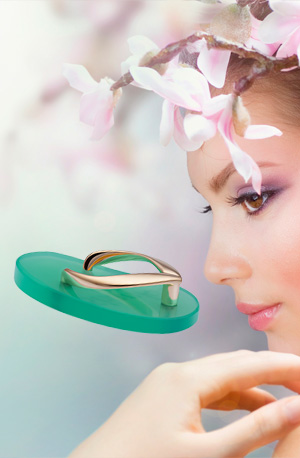 04 Mar Why a sandal? Because it brings luck & vital energy…

Posted at 11:58h in Uncategorized by Elena 0 Comentarios
0 Likes
Share

The Wishbone shaped gold piece set into the sandal is a symbol of universal luck, while the sandal’s shape makes sure your day gets off on the right foot.

The perfect way to wear this piece of jewellery is as a necklace over your heart, which beats and spreads vital energy throughout your body.

It represents humanity’s oldest piece of footwear. It is par excellence the human way of walking – of striding through the world naturally in pure contact with the earth, with a full feeling of where you are at all times.

Walk with passion and let Mother Nature commune with you through each natural stone, which has formed gradually over the millennia.

Each natural Shankla stone has a range of unique characteristics and properties, depending on where it forms, its composition and the mine where it is found. Our Shanklas by Paces come from the best possible deposits, from locations as far-flung as Australia, Peru, Afghanistan, the South Seas, Brazil and South Africa.

Sandals have been used ​​for thousands of years; their origins date back to 4000 years before Christ and paintings of them have been found on ancient walls in Egypt.

In Europe sandals made of papyrus fabric have been discovered, dating back 1500 years.

A wide range of materials coexisted in harmony in these early versions of sandals. Ancient Egyptian sandals were made of papyrus and palm leaves. The Maasai in Africa used to make them from uncured leather. In India they were made of wood. Rice straw was used in China and Japan. Across the oceans, sisal plant leaves were used to make twine for South American sandals, whereas the native people of Mexico used the yuca plant.

The modern sandal came later and was made popular in America; in around 1950 it underwent a redesign and was transformed by bright colours. Comfort meant that its popularity became widespread. Metal trim, chains, pearls, imitation diamonds and other jewels were introduced to decorate it. Leather or sophisticated synthetic materials are used for high end sandals.